Sprechen sie deutsch? The German music industry generated nearly $1 billion in the first half of 2022 and it’s the world’s fourth largest music market. Meanwhile, the Austrian music market grew 11% in 2021 according to IFPI Austria. From the countries that brought us Kraftwerk, Parov Stelar and Conchita Wurst, WAT’s Picks of the Month presents a selection of German-language hits from five artists to watch in the new year.

One of Germany’s hottest new talents to watch in 2023, Manuel Bittorf, known by the moniker Betterov, Böller aus Polen has slight a cheesy, slightly euphoric, everybody-wave-your-hands type feel. It’s a big crowd-pleaser number of thrumming electric guitars and keyboards, arriving just in time as the perfect setlist addition for his winter tour.

The 20-year-old German rapper started producing and writing her own songs from the age of 14. Released this year, her debut album Liebeskummer Party marks her out as a formidable talent under that signature red cap (Rote Mütze, in German, hence the name) with a knack for a smooth flow. Pop-trap tune Egal chronicles the heartbreak of loving someone who won’t commit.

The hitmakers behind Hund have done it again. The Vienna-based duo released their brand new EP Die Sterne von unten in mid-November. Böse Geister takes its cues from the drum ’n’ bass revival and leans into the world of cross-over dance electronica with echoing metallic synths. This is one for the Bicep fans out there.

In an interview with Kumo Records, Austria native RAHEL describes Fliegen as “a hymn to being a weirdo. A song that not only understands loneliness, but even celebrates it.” The dreamy indie track floats along via big guitar strums and raindrop-like synths. Hochsommer is also another one to have on your radar.

Born and raised in Berlin, Emilio Sakraya started out as an actor before transitioning into making music. SUCHEN SOL comes from his album 1996 (Deluxe) and it’s a radio-ready hit. The track has a chorus ripe for a TikTok moment of fame and features an instantly memorable “oh-oh-oh-oh” chorus, ready for a lip synch regardless of what language you speak. They missed a trick by not coming up with a viral dance though. 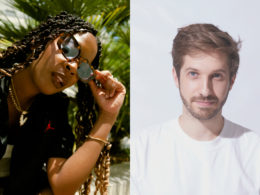 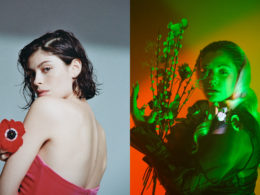