As the Tokyo Olympics draw to a close this Sunday, stay a little longer in the land of the rising sun and immerse yourself in this selection of new releases. Whatever sport you’ve been glued to this month, be it running, cycling or skateboarding, WHAT A TUNE has you covered with J-Pop, surrealist indie-pop and rakugo-inspired rock for the perfect soundtrack. (See the bottom of the page for the full playlist.)

Vaundy hasn’t even graduated university and he’s already making a name for himself as Japan’s hottest new artist. The singer, songwriter, producer, and multi-instrumentalist first shot to fame in 2019 after releasing Tokyo Flash. Flower Fortune is about a couple that have fleetingly crossed paths over many lifetimes, but hope to be united in this life. Energetic poppy vocals and an uplifting big band chorus lend themselves to an overall slick production.

Kenshi Yonezu is another one to watch, and in this power-walk-ready song Yonezu’s sombre voice deftly cuts through driving electric guitars and a thumping bassline. The song and video concept are based on Rakugo, a form of traditional Japanese comedy. The song draws inspiration from the tale Shinigami about a man who is looking to get-rich-quick but is tricked by a death god, Shinigami (you can read more about that here).

Perfume are one of Japan’s most prolific girl groups and are currently celebrating the extraordinary achievement of it being their 20th anniversary as a group. Polygon Wave hits the ground running in a flurry of skittering synths and funky basslines. It’s quickly followed by the high auto-tuned vocals typical of their music, which snaps neatly in tempo with the rest of the action. Polygon Wave will serve as the new theme song to Japan’s edition of The Masked Singer.

Ok after Perfume’s Polygon Wave, let’s slow down the pace. Last Scene is awash with Max Richter-esque rolling piano and paired with Yonezawa’s gentle voice. He reflects on the fleeting moments of happiness now lost to time. Speaking about the song’s release the singer wrote on Instagram: “I put a moment of fragility and sadness on the piano, in words and song.”

Tokyo-based N-Feni (previously known as Yoneko)’s new song comes from the freshly pressed SUMMER EP. It has a 60s feel in it’s joyous energy and the lofi fuzzy guitar. Think Honeyblood meets J-Pop. I really can’t explain what’s going on in the music video. Perhaps it’s all a metaphor for something? Or maybe they just really like watermelon. Either way it’s very surreal and worth a watch.

With thanks to Sakurako Suzuki for all her help, advice and additional translations on this piece. 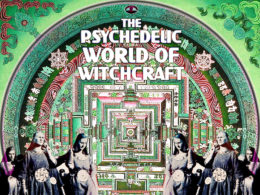 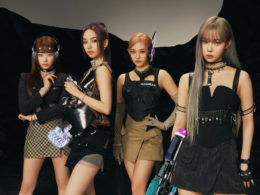 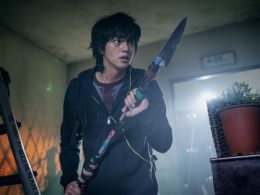 The OST (original soundtrack) is an integral part of any South Korean drama. The songs regularly top the…
We use cookies to personalise and enhance your experience on this site. Please accept for optimal performance.
Cookie settingsAccept
Manage consent