A billion views on Youtube, millions of streams, 49 sessions and counting. What started off as a hobby in 2019 for Gonzalo Julián Conde, known professionally as Bizarrap, has turned the 23-year-old into one of the world’s most exciting producers. The BZRP Music Sessions series on Youtube invites up-and-coming urban artists into his studio to lend their vocal talents to Bizarrap’s beats with explosive results. The sessions have now become a right of passage for anyone who is anyone on the Latin music scene and artists from Nicky Jam to Nicki Nicole are queuing up to be part of it. Here’s WAT’s pick of the best:

The Bizarrap sessions go global and this is his first collaboration with a non-Latin artist. French rapper MHD is widely credited with introducing the world to afro-trap; a mix of West African pop beats and western trap. It’s a decent collaboration effort, but for those expecting an explosive Bizarrap reggaeton vs Afro-French rap crossover, it’s fairly underwhelming and doesn’t really break any new ground.

Born Dominican Republic and raised in The Bronx, Chucky73 is heavily influenced by US Hip-Hop and drill music. In Session 73, the minimal beat lends itself perfectly to Chucky73’s rolling flow creating an ice cool vibe.

Leading a new generation of female urban music artists, Argentinian rapper Julieta Emilia Cazzuchelli, AKA Cazzu, is the new star of Latin trap. In Session #32 she eyes up her fellow male artists on the Latin music scene “Tengo los huevo’ que ustede’ no tienen y nunca tuvieron” (“I have the balls that you don’t have and never had.”)

The Real Hasta La Muerte rapper swaps his signature high-adrenaline trap music for a softer, poppier feel, clearly angling for a more mainstream appeal. Lyrically however, the Puerto Rican still sticks to his regular territory about drugs and life in the hood.

Argentinian rapper L-Gante is at the forefront Latin America’s hottest new subgenre: Cumbia 420. The style blends elements of reggaeton, 90s cumbia villera and gangsta lyrics, all slowed down for the stoner crowd. Bizarrap creates a destabilising beat that walks a fine line between tipping into an EDM dance track or grinding to a halt.

One-to-watch Tiago PZK combines a catchy chorus melody with rap verses where he name drops fellow Argetines Maria Becerra and LIT Killah. Compared to his first releases, it’s remarkable how much Bizarrap’s production has improved and BZRP Sessions aficionados will also note the nod to Nathy Peluso’s session with a sprinkling of a few seconds of her beat over Tiago’s lines about “Yo le pago el plastic”.

The American-Mexican rapper rattles off lines about haterz over a deep house bass line with machine gun fire delivery. She has her eye on the global market as she switches effortlessly between English and Spanish. The final chorus escalates into a full rave dance number.

Bizarrap provides a dembow beat for the Spanish rapper Ptazeta to unleash her nimble flow on the mic. There are some excellent production touches, such as the spliced echoing vocals and the pivot to full techno at the end also brings the energy to another level.

In June 2021, Puerto Rican superstar Nicky Jam rolled up to Bizarrap studios to show the new generation how it’s done. Known for his slow and romantic reggaeton hits such as Travesuras and El Pérdon, he takes it up a notch for Session #41, delivering a swaggering rap flow over a trap beat. His excited face at the end of the video is also a nice human touch.

“I’m a nasty girl, fantastic/ Este culo es natural o no plastic.” Truly iconic. This triple-platinum tune went viral for a reason. And not just because of the TikTok challenge it inspired. Peluso’s badass energy paired with the addictive bass on this track is everything. This is hands down the BZRP best session. 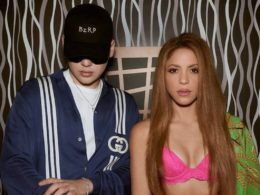 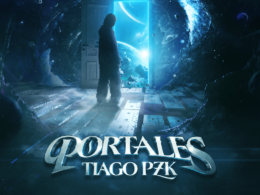 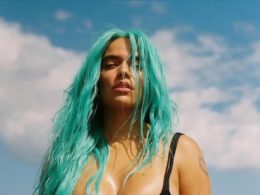 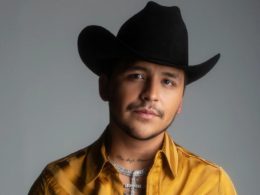 Karol G wins artist and album of the year awards and the Black Eyed Peas pay tribute to…
We use cookies to personalise and enhance your experience on this site. Please accept for optimal performance.
Cookie settingsAccept
Manage consent