French rappers you need to know in 2021

Today, France is the largest hip-hop market in Europe and second in the world after the United States. Emerging around the same time as hip-hop in the USA in the 1980s, French rap originated in the banlieues (ghettos) as people saw a way to make their voices heard on issues such as violence, poverty and racism. While the US genre gravitated towards money and girls, a significant proportion of mainstream commercial French rap is still rooted in the politically aware, otherwise known as rap conscient.

Here are a few artists to have on your radar:

Hailing from Sète in the south of France, Demi-Portion (real name Rachid Daif), has been releasing music since 2005, his album 2 chez moi was one of the biggest selling albums of 2017. On top of that, he’s also found time to organise France’s only rap and hip-hop festival; ‘le Demi festival’, which has been running every summer since 2016 (but postponed in 2020 due to Covid). The lead single from the album also called 2 chez moi opens with a melancholy flute melody, as he criticises superficiality, touches on the hard realities of life, and yet despite everything “life goes on as normal”. La sirène (2018) remodels the addictive hook from Elias Rahbani’s Dance of Maria as the “the siren of French rap” and puts it over a hip-hop backbeat.

The self-titled debut album from MHD took the French charts by storm in 2016 and he’s since been certified double platinum. On the album, his Parisian upbringing and Guinean-Senegalese heritage combine, as he cultivates his own brand of Afro-trap; a mix of West African and trap music, characterized by sombre lyrics. Themes revolve around the individual’s struggle against adversaries over dark orchestral beats. On his seminal release 19, Le Temps ft. Orelsan boasts Stromae behind the production desk as the song mixes hip-hop beats with West African kora melodies.

Born and raised in Marseille, the French-Argentine rapper was writing verses from as young as 12 years old.  She co-founded the anti-globalization musical collective La Rage du peuple in 2004 alongside other DJs and producers. The group set up the ‘Zapatista Space’ in Marseille to encourage people to organise themselves in a productive manner. Her music focuses on themes such as environmental injustices, anti-capitalism, and anti-colonialism. After a 3-year hiatus, Keny’s back with a new high-energy single On Les Emmerde (Avant l’exode #3) (Screw Them). Delivered with sincerity and authenticity, she points the finger at ‘those who abuse their power, like cops, and politicians.’

Youssoupha (real name Youssoupha Mabiki) arrived in France aged 10 from the DRC and is undoubtedly one of French rap’s greatest lyricists. His writing is poetic and intelligent, and his originality has kept him at the forefront of the French rap scene for over 20 years. His sixth album, Neptune Terminus was released this year and features collaborations with Gaël Faye, Josman and Jok’air. He invites these collaborators into his universe as he muses on religion, French society and space, all delivered through his characteristic smooth flow. The lead single ASTRONAUTE begins “Far from the sun, I dream of being an astronaut” and floats over simple beats, “I’m not here for the buzz, but for infinity and beyond”.

Ambitious and pensive, the 24-year-old Parisian (Théodore Desprez) blends urban pop, trap and electro in his multi-layered instrumentals and a smart turn of phrase; part sung, part rapped. Lord Esperenza’s numerous small projects culminated in the release of his critically acclaimed debut album Drapeau blanc (2019) in collaboration with his long-time producer and co-writer Majeur-Mineur. In the rage-fuelled Le silence des élus (silence of the elected) he deplores people’s ignorance in the face of environmental destruction and their addiction to technology. Meanwhile, the more down-tempo and melodically-driven Drapeau noir from his 2017 EP draws inspiration from Baudelaire’s poem Spleen as he muses “I see our embraces engraved on the black flag of death. Our wrongs are twisted, time will not erase my remorse.” This is definitely one to watch.

Who would be on your list? Let me know in the comments!

Romanian Folk Music you need on your playlist 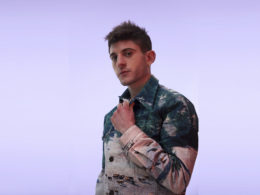 Italian rock band Måneskin shot to fame after winning this year’s Eurovision. Instead of fading into obscurity (as… 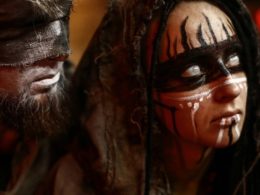 Samhain is a Celtic festival marking the beginning of winter – it literally means ‘summers end’. It’s the…
We use cookies to personalise and enhance your experience on this site. Please accept for optimal performance.
Cookie settingsAccept
Manage consent