Morocco is experiencing a cultural renaissance and now more than ever as the post-lockdown festival season is in full swing. A new wave of young artists are reclaiming their heritage and bringing in new dimensions influenced by the global music scene. This edition of Picks of the Month features exciting fusion acts bridging the gap between past and present. We also touch on Morocco’s rising female artists celebrating their cultural identity and challenging the status quo.

8-piece band Snitra (meaning guitar in Arabic) blend genres across borders, drawing on North African Isawiyya, Reggada and Gnawa music, and then adding a dash of rock and jazz. Khla Dar Bak quivers with feverish energy. The driving rhythms of the percussion and electric guitars give way into an ecstatic post-chorus instrumental of the zamer, trumpet, ghaita and saxophone, with the occasional gleeful ululation (howl) from the singer.

One of the most hyped about new singers on the block Manal Benchlikha, known just as Manal, celebrates Moroccan culture and identity in her latest single. In the music video, people of all ages come together to dance at a wedding celebration wearing traditional dress, such as djellabas and burnous. In Makhelaw Magalou (trans. They’ve said everything), Manal brushes off hurtful gossip about her relationship as she swirls joyfully in a range of gorgeous caftans.

Rapper Khtek, meaning ‘Sister’ in Arabic, is part of a new wave of female artists in Morocco speaking out against injustices and standing up for women’s rights. Speaking to The National News, she said “Rap is my passion and my defence mechanism in a patriarchal society.” Zero Limite is an empowering track, telling women the sky is the limit to pursue their dreams. The music video features influential figures such as the sportswoman Alwa7cha, and Najwa Awane, the wheelchair tennis star.

Another one to watch, Casablanca-born singer RYM has recently been appointed as the ambassador for Spotify’s Equal Arabia program. The scheme aims to amplify female voices in the Arab world. The 22-year-old singer released the Afro-pop track Dime Porque, a carefree Afro-pop track in July.

Zamane is the musical alias for producer Hicham Hamid. His Arabic electronic style blends his heritage music with the modern influences of EDM and pop. Mal Hbibi weaves together a pulsing soundscape of electronic beats and the velvet vocals of his co-writer and guest singer Sakina Lafaili. 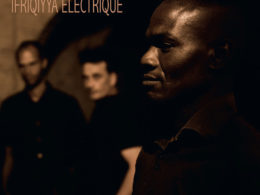 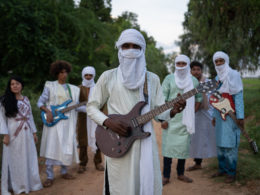 Compared to its neighbouring countries Nigeria and Mali, Niger’s popular music has had little by way of international… 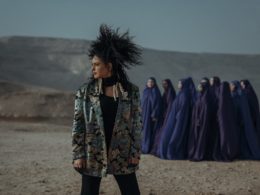