The band I’m talking to today are from the South Westerly end of the Atlas Mountains, an area marked by towering peaks, sweeping fields and ancient kasbah (castles). It’s known as the Anti-Atlas, and situated on the edge of the Sahara desert in the South of Morocco.

Tasuta N-Imal (meaning “future generation”) are a talented band of six, aged between 24 and 32. They released their first EP Tamlalte in 2018, named after the Anti-Atlas region in Morocco. Since then, they’ve released the single Sigham Olinw, and have been working on their debut album. Today I’m talking to Redouan Ourabeh (percussion), Smail Khalis (bass) and Abdelakrim Aynaz (rhythm guitar).

The one computer available on their end in Morocco is broken, so the interview is done with the three of them huddled around a mobile on a video call. But despite this, and an unreliable connection, we persevered with the interview.

25-year-old Redouan is the most confident speaking in English so does most of the talking, and happily translates for Abdelakrim, while Smail interjects with occasional comments. All three of them wear the distinctive embroidered white outfits that they often wear to perform in (pictured) and I spot a few instruments hanging on the orange wall behind them.

The group are friendly, chatty and instantly likeable; Redouan is enthusiastic and energetic, while the other two are relaxed and smiling.

Growing up together in Boumalne Dades, a Berber town filled with traditional pink and ochre buildings nestling in a desert plateau in the Anti-Atlas Mountains, the band share a close relationship and they all contribute to the writing of their songs.

“We share this thing between us, a crazy sense of humour, sometimes we act like clowns, we make jokes, but always in this context of friendship and brotherhood.” Redouan grins.

The band sing in the Amazigh language of the Berber, and they play a mix of traditional and non-traditional instruments. Lead singer Hasan for example plays the Dendoum (a type of big drum) and Qraqeb (metal castanets). The others members comprise of Abdessamad Amzil (lead guitar) and Abdelali Elyaloubi (Djembé and Derbouka Drums).

“Our ancestors were artists by nature… So we are poets, we love to rhyme. We always loved to sing in our traditional ceremonies, our ears have always been used to that music, and we grew up sharing this thing. So we thought why don’t we use this rhythm, modernise it, show it to the world, create a new style of music from us as a band.” Redouan explains.

Their most recent single Sigham Olinw (2019) (trans: I carpeted my heart for you) is rich in poignant guitar melodies, and the steady lulling percussion carries us into the warm soundscape of the Atlas Mountains. The lyrics tell the story of star-crossed lovers. A young man is heartbroken that his lover is marrying another, because although she still loves him, she is afraid of the judgment from society if she stays with him.

The music video for Sigham Olinw, which has clocked up over 2 million views on YouTube to date, features the band atop of a hill looking out at the sun-kissed landscape below and walking the stone steps up to their historic town.

At the heart of their music-making process, is their connection to the land and nature.

“We get our inspiration from the mountains, from fields, from the ancient buildings, that we have in this rural area.” Redouan nods.

Redouan references Tinariwen, Bombino and Ali Farka Touré as their biggest inspirations, or as Abdelakrim neatly summarises “the sound of the desert blues”.

When they’re not playing music, Redouan tells me:

“I love to play soccer. Abdelakrim loves to play soccer with me too. Smail loves to read. As for the others like Hasan, he likes to go to the gym.” Smail also studied philosophy at university.

I’m pleased to report that the band have new music coming out soon, and although Redouan couldn’t tell me everything, I did get the name of their first single being released this year…

“Our new work…is an old love story that happened for real in our village and we’ve entitled this song Fadma, it’s a woman’s name… We want to show the world this story, and the value and importance of the existence of the Amizigh woman. The woman suffers in this love story. It’s a tribute to honour her.”

Talking about their new music video, which was still in development when I spoke to them, they tell me they want the world to discover their beautiful region.

Excited for the future and the prospect of bringing their “Young Atlas Highlander” music to a wider audience, Tasuta N-Imal have already booked tour dates at festivals in Poland and France. They are definitely a band to look out for this year. 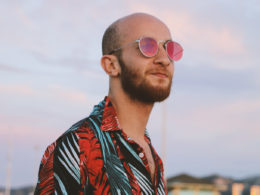 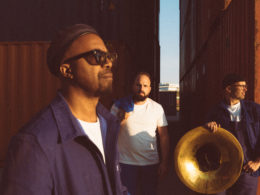 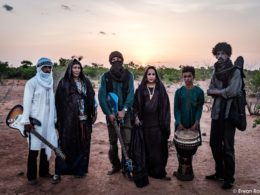 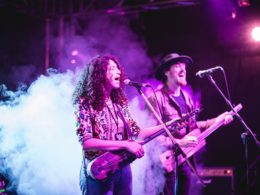 Bab L’Bluz is part of the exciting new cultural movement that is making its way across Morocco. Their…
We use cookies to personalise and enhance your experience on this site. Please accept for optimal performance.
Cookie settingsAccept
Manage consent